Dan Reidy takes you through his 16/1 acca banker for Cheltenham.

Im sure most if not everyone who has in interest in the Cheltenham festival, will be mulling over their options and making the mother of all Cheltenham Accumulator bets in the hope of bashing the bookmakers.

To be honest, I’m no different and I’m going to give you, in my opinion the best Bankers Accum of the festival which pays handsome odds of around 16/1.

The first leg of the accum runs in the 2nd race of the Festival. That being the mighty Douvan in the Arkle Chase. It is hard to look past him, he was was unbeaten over hurdles for Willie Mullins last season. Made the switch to the larger obstacles this season.

Has taken to them like a duck to water and is 3 from 3.

Two of those wins were Grade 1’s. I think he is the best National Hunt horse in training. It really is hard to see him getting beaten in this and that’s why he is the first of my bankers for this accum.

Moving on to the opening race on the 2nd day of the Festival and we have the Neptune Investment Novices Hurdle.

Looking at the betting there is only 1 winner to this race and that is the Alan King and JP McManus owned Yanworth.

He won very easily at the Cheltenham trial weekend for this race in late January and justifies favouritism. He beat Shantou Village by 7 lengths and that horse is far from an ordinary horse.

Yanworth is 4 wins from 4 over hurdles and I think he’s different class. If I was Alan King I would enter him in the Champion Hurdle. This is his confirmed race though. If he shows up and gets a clear round he should extend his winning streak over hurdles. 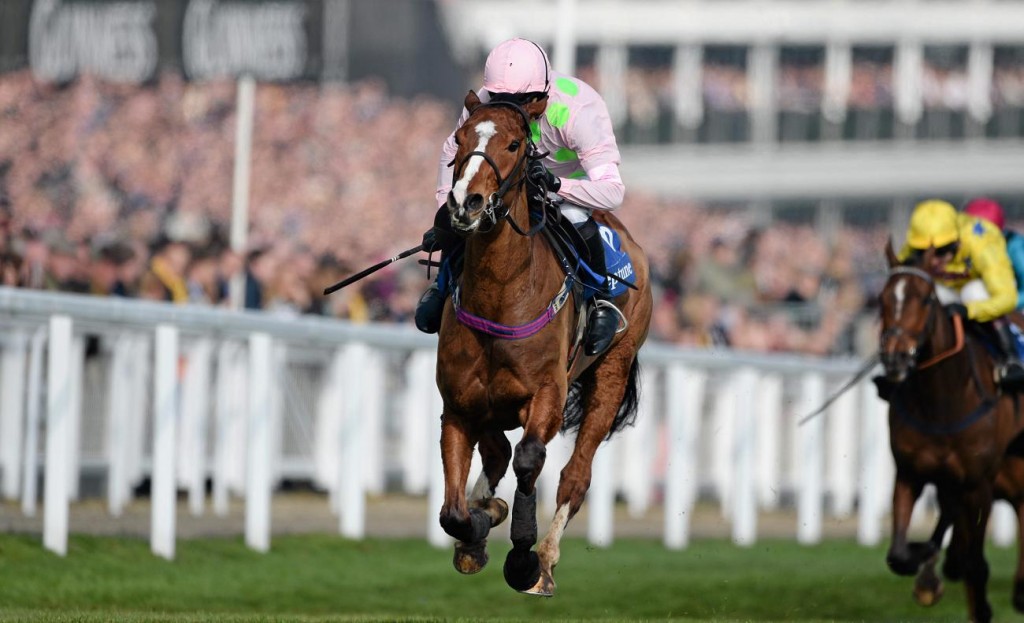 Our next pick is in the Champion Chase which also takes place on Day 2 of the festival. The Willie Mullins trained Un De Sceaux removed all doubts about his ability by winning the Clarence House Chase at Ascot a few weeks back. He held off the challenge of former Champion Chase winner Sire De Grugy and was made firm favourite for this race. He does go off a million miles an hour in front though.

He has fallen so he’s not 100% bombproof but I’m sure Willie Mullins will have him well schooled for this race. If he jumps round he wins. Sprinter Sacre has made a revival but is not the horse of old. Dodging Bullets was very disappointing last time out, I was all over him last year but can’t have him this year at all.

The next leg of the accum comes on Day 3 of the festival and in the World Hurdle. That horse being Thistlecrack.

Cheltenham Festival Bankers to Back

He hasn’t put a foot wrong all season and he should justify favouritism again here. He beat Ptit Zig more recently in a grade 2 at Cheltenham by 12 lengths and showed a very good turn of foot to win that day. In the run previous to that he beat Reve De Sivola in the Grade 1 Long Walk Hurdle at Ascot.

Last years winner Cole Harden is the only one that could put up a fight but I don’t think he’ll be able to stay with Thistlecrack.

The last leg of this accum is Limini in the new Mares Novice Hurdle. She is unbeaten after 2 runs over hurdles for Willie Mullins. One of which was in a maiden hurdle at Punchestown and she was seen again at Fairyhouse at the end of January.

She opened a very short 2/7 fav the night before and drifted to 4/5 before the off.

However the drift wasn’t going to stop her as she went on to win by a very convincing 11 lengths. She looked very impressive that day and Ruby Walsh and Willie Mullins think an awful lot of her.

I think they may well have another Quevega on their hands with this mare.

Of course, there is no such thing as a Festival banker, but these 5 should go very close indeed and look a cut above the rest.