Cheltenham Gold Cup 2017 : Which horses to back ante post

Lewis is back to take a look at the 2017 Cheltenham Gold Cup. Is he putting the house on Thistlecrack? Read on…..

Oh yes. The Cheltenham Festival highlight. All the talking will be over soon and it’s time for action. Who will reign supreme?

Corrr. Blimey. Hubba-hubba. The 2017 Gold Cup has so much sex appeal. It’s a race that has the potential to turn the most frigid person into a humping machine.

I’m getting a little excited myself even thinking about. Will Thistlecrack slay all before him? Are we looking at a Tizzard 1-2-3? Will I have any money left in my betting bank by the Friday?

This year’s crop of three mile chasers look a special bunch and all being well, they should meet come the Friday of the Cheltenham Festival in one of the most gruelling sporting arenas.

Who won the Cheltenham Gold Cup in 2016?

A dramatic but captivating renewal of the Festival with Don Cossack bruising his way up the hill to finally fulfil his potential for trainer Gordon Elliot.

The race was set up perfectly for the big four in the market to come the fore as they made the turn for home, but the race changed complexion when Cue Card, who was travelling ominously, took a crashing fall three out.

Whether that would have affected the result, who knows? Don Cossack wasn’t stopping as he attacked the hill but sadly the Don won’t be back this year, with Gordon Elliot retiring the horse, plus 2014 winner Coneygree will also miss out which is a shame. 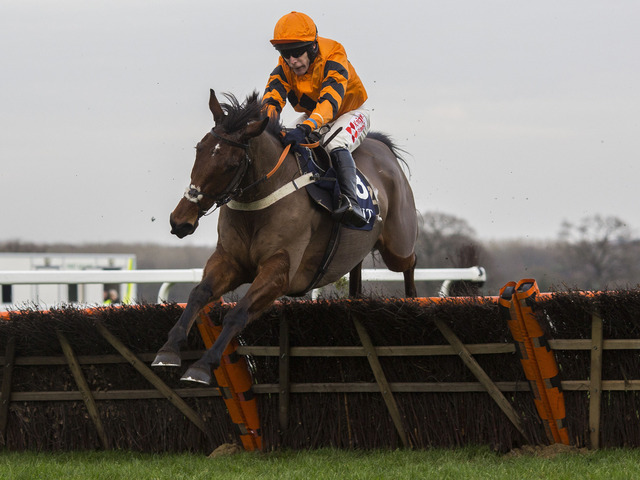 How to pick the winner of the 2017 Cheltenham Gold Cup?

Unsurprisingly, the class angle is a profitable to one to side with and Thistlecrack has torn up the market and is now odds on.

It takes a top-class horse to land this prize as shown by the stat that shows that the last 18 winners of this event had all already scooped a Group One prize.

Second season chasers have a good record to uphold as 13 of the last 25 winners all were stepping out of novice company in that year.

All the signs are pointing to Thistlecrack of course, but the Gold Cup is a special race, you need guts and fight not just raw talent to win it – that 8/11 pulls no punches.

The horse to watch this year in that regard is Native River at a handy 6/1.

Also, 13 of the last 17 had either won or finished second at the Festival before.

Thistlecrack looked a world beater as he stormed home in the King George at Kempton Boxing Day, and is now the heavily backed favourite at a short priced 8/11 and is very difficult to oppose.

As mentioned Native River has the class and the heart to win a Gold Cup having won the Hennessy Gold Cup and the Welsh National hero can be backed at 6/1 – probably due to the fact he’s the third string in the Colin Tizzard yard.

He might not have the natural brilliance of Thistlecrack, but he just keeps on galloping and his stamina could well be a key asset come Cheltenham Gold Cup time.

With stamina assured, and a grit and fight to go with it, this horse jumps for fun and will simply not give up

The Gold Cup is always about top-class chasers that stay really well. He’s got that in abundance – to win a Welsh National off top weight is a hell of a performance – Richard Johnson

Obviously Thistlecrack is the horse they all have to beat but who knows what can happen. I know that Native River will stay all the way.

Wow. Just wow. If the thought of them lot lining up in March doesn’t get you all frothy, then you’re in the wrong game.